‘The main language group in the Ngarrkic family. Warlpiri covers a relatively extensive area to the northwest of Alice Springs. The main Warlpiri speaking communities are Yuendumu (Yurntumu), Lajamanu, Nyirrpi and Willowra (Wirliyajarrayi), with speakers also in Tennant Creek, Katherine, Alekarenge, Ti Tree and Alice Springs. There are around 3000 speakers of Warlpiri as a first language with many speakers of Warlpiri as a second or third language as well. Within the Warlpiri language group there are a number of mutually intelligible dialects with differences evident in pronunciation and vocabulary (Laughren et al 1996).’ (Central Land Council 2018)

Videos about and in Warlpiri language:

The Warlpiri alphabet poster is available at GALC in a beautiful, rip-proof poster suitable for the classroom, a child’s bedroom or the wall.

A free download of the poster is available here. 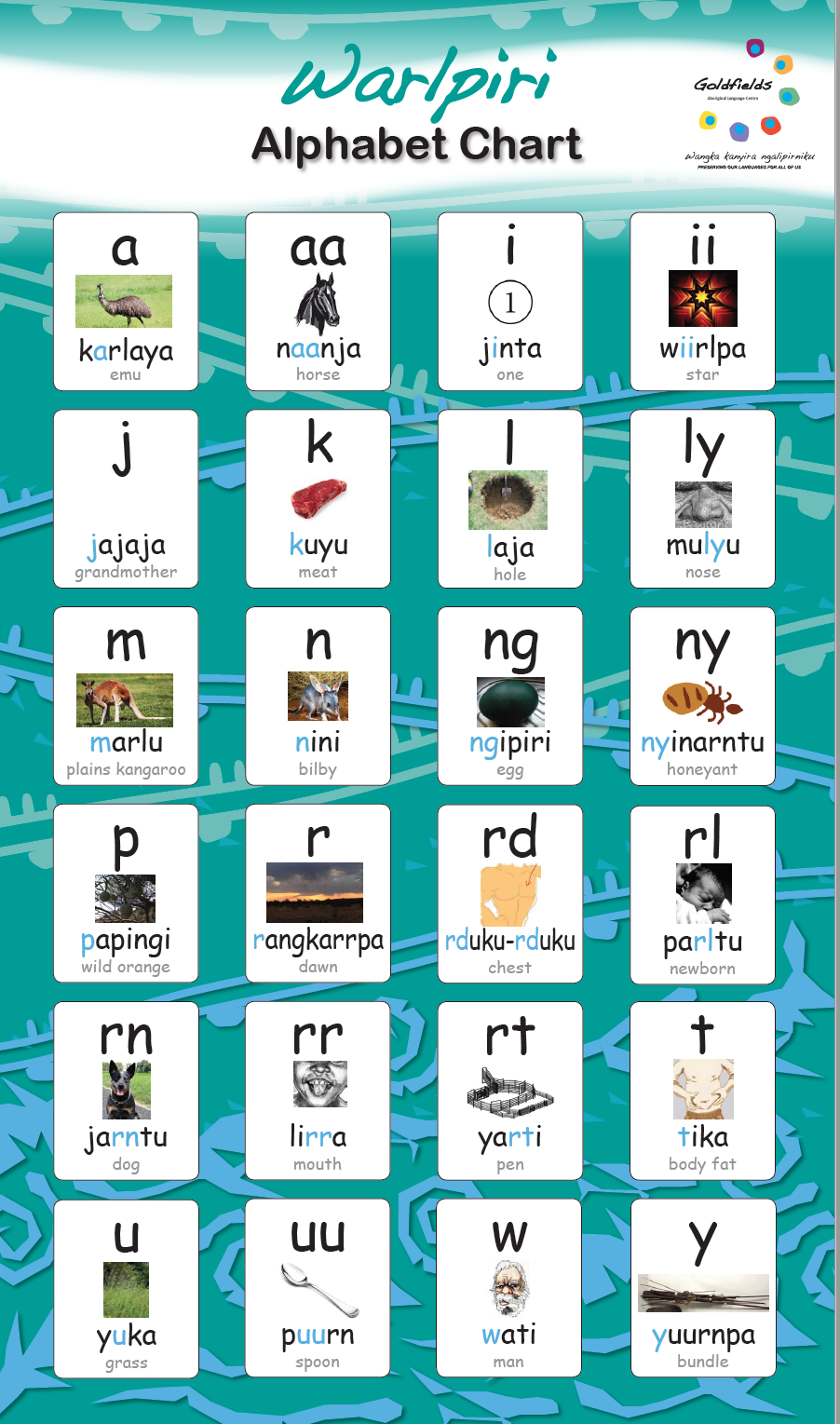